The non-profit National Comedy Center is the United States' official cultural institution, state-of-the-art museum and interactive visitor experience dedicated to presenting the vital story of comedy and preserving its heritage for future generations.

USA Today named the National Comedy Center the “Best New Museum in the Country” in 2020, TIME magazine selected it as one of its “World’s Greatest Places,” Condé Nast Traveler called it “One of the best museums in the country.” and People magazine named it one of “100 Reasons to Love America.” Visitors from all 50 states and nine countries have given the Comedy Center a rare 5/5 raring on TripAdvisor, ranking among the highest in the attraction and tourism industry.

Based on the vision of Jamestown native Lucille Ball for her hometown to become a destination for comedy, the non-profit National Comedy Center showcases comedy’s great minds and unique voices in ways that engage, inspire, educate and entertain. Over 50 immersive exhibits within the 37,000-square-foot facility enable visitors to take a laugh-filled journey through comedy history, from early vaudeville to the latest viral memes. 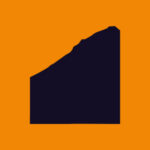 Reg Lenna Center For The Arts

Your one stop shop for tabletop gaming!